WATCH: Veteran Discusses His Experience with PTSD and Drinking

WATCH: Homeless Vet Talks About What’s Important to Him

DVNF employee, John Paruch, takes a photo with a veteran at the 2016 Wheelchair Games

John Paruch, DVNF’s Director of Corporate Sponsorships and Foundation Relations, has been with the organization since 2015. John, like so many veterans, is humble by nature.

“I always say I was a veteran in the loosest sense of the word. I didn’t serve during any conflict, and really didn’t do anything very significant.”

Many veterans often express this same sentiment. However, they need to remember that willingly putting your life on the line – regardless of the presence of conflict or not – is something that should be admired and respected.

John, originally from the Detroit suburb of Hamtramck, Michigan, joined the Navy when he was 17. He was was a Radar Operator onboard a couple different destroyers. The first was a WWII Class Destroyer, DD 866, the USS Cone. Then, after extensive intelligence and naval warfare training, he was sent to a Guided Missile Destroyer, DDG 39, the USS MacDonough. His home base was in Charleston, SC and the longest cruises he was on were for about a month. Both of them included stops at Guantanamo Bay, Cuba.

Where he came from

John came from a modest background as a kid. He wanted to go to college, and he joined the Navy to make that dream a reality.

Another motivation for him to enlist was his desire to see the world. However, he admitted, “I didn’t see much of it, but traveling to some of the Caribbean Islands was a big thrill for me.”

John, referring to his service as it related to combat, said he felt fortunate to have done so little, but to have received so much in return. Instead, he felt a sense of obligation to his fellow veterans.

“I like helping our veterans that did so much more than I did, and were injured or disabled as a result. I feel it’s the least I can do and think all Americans should help those who have made those sacrifices.”

John went to college and got his degree from Michigan State University after he completed his service in the Navy. He said that his time in the military had a lasting effect on him. As a veteran, John went to college a more mature individual. He said he learned some valuable life lessons which made him a better student.

We asked what advice he’d give to a veteran transitioning into civilian life. John gave a typically humble answer, but it was important nonetheless.

“Try to use the discipline you were taught in the military to make you a better worker, student, husband, father, or whatever it is you’re doing at any time in your life.”

John is as humble as he is friendly, and has a genuine desire to serve others. DVNF is thrilled to have him on our staff, and we thank him for his service – even if he thinks that appreciation isn’t warranted. 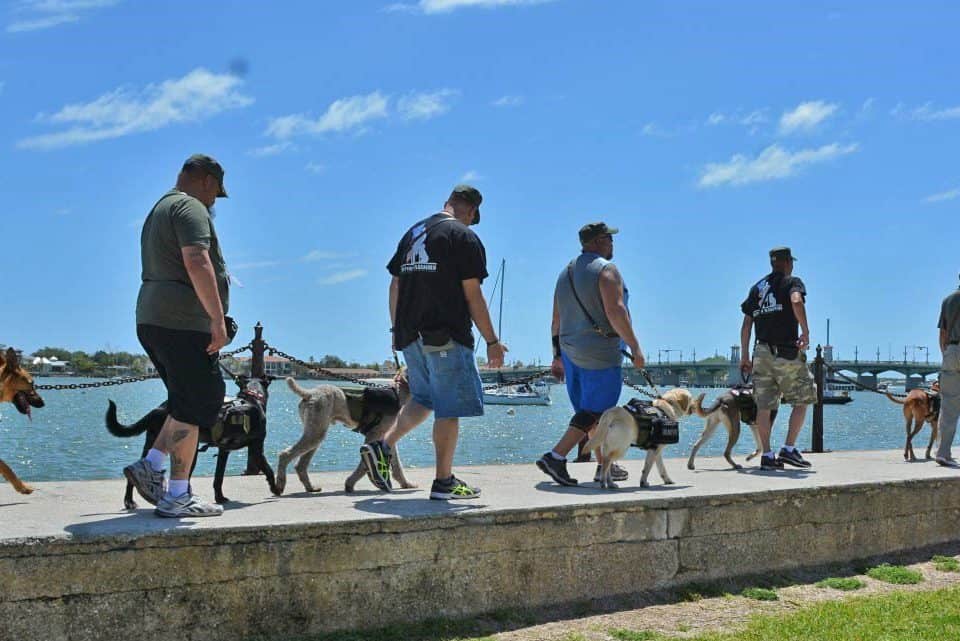